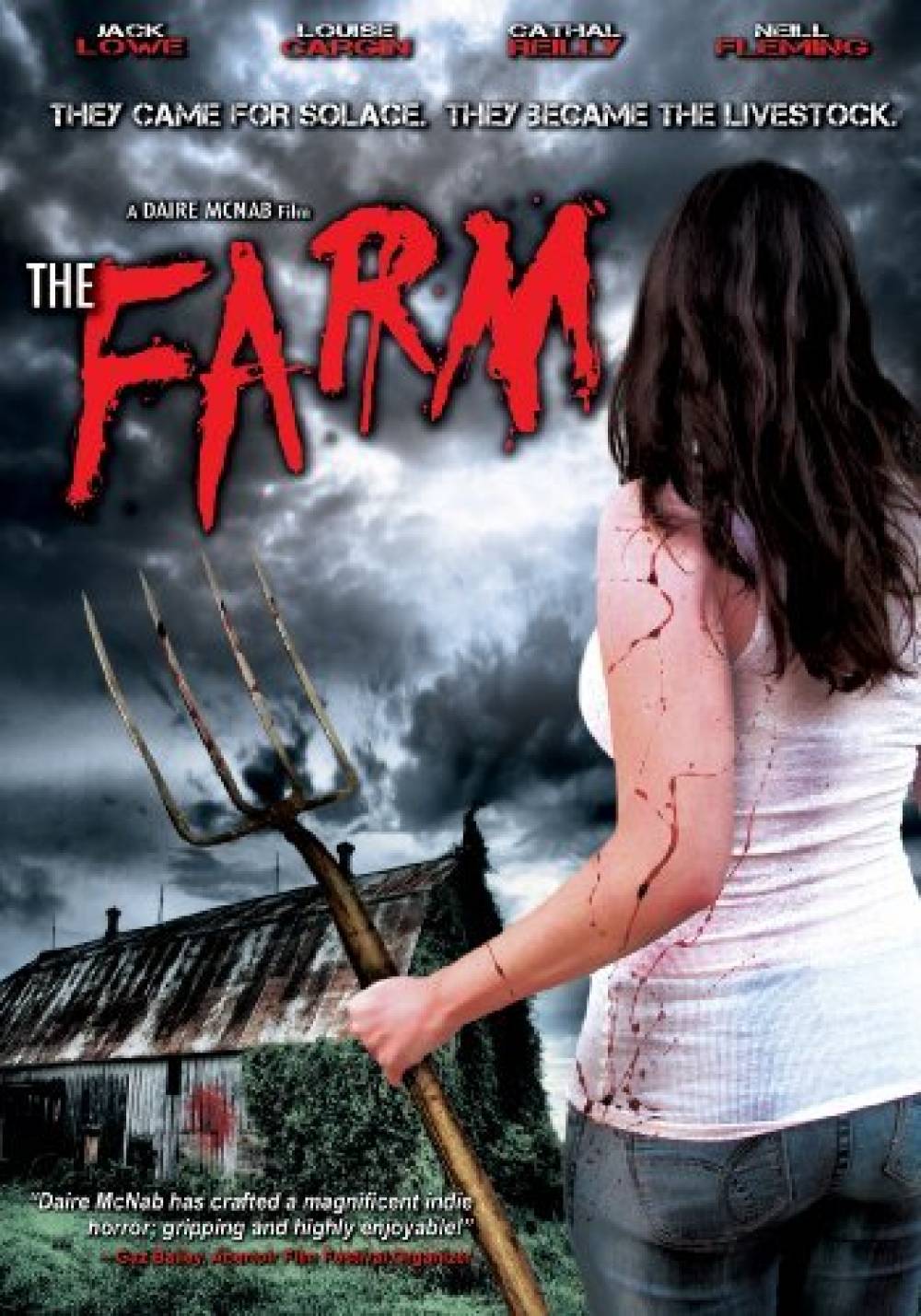 Mickey and Juliet, a young couple on the run from a vicious gang of drug dealers arrive at a deserted farm in the Irish countryside near Cork, aiming to flee to France the following day. THE FARM is inhabited by only one man, a 20 year old named John. John is cripplingly shy, but seems to be fascinated by Juliet, who also seems quite taken by him. As Juliet and John forge more and more of a bond, Mickey, fearing that the criminal gang will pounce on him at any moment, and also that John will turn him over to the police, becomes more and more paranoid. As he and Juliet prepare to leave the farm the next morning, Mickey resolves to kill John spurring an abrupt turn, and a deadly love triangle- involving tears, poisoning, torture and skinned lambs. It is a triangle from which no one will escape alive!
Horror