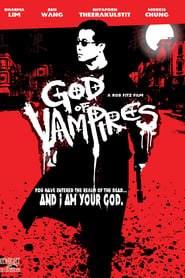 Professional Killer, Frank Ng, has been contracted to murder a Chinese crime lord. The routine hit goes awry when Frank discovers his mark is actually a vampire. Suddenly, the tables have turned. The professional killer - the hunter - has become the hunted. This is no ordinary vampire of myths and legends, however. Frank has come face to face with the vengeful Kiang-Shi (Chinese vampire), and it vows to inflict upon Frank such unbearable pain that death will be his only sanctuary. Cursed, Frank is condemned to helplessly witness the horrific and merciless deaths of those he loves, everyone he knows, and anyone he merely brushes by. His anguish intensifies when he dooms his younger brother to this terrible fate. Enlisting the help of a Chinese herbalist, knowledgeable in the ways of ancient lore, and an unlikely team of vampire hunters, Frank strikes out in a final battle against the Kiang-Shi and his minions of the dark. Tonight, Frank Ng will discover that to destroy the monster, one must become the monster!
Horror